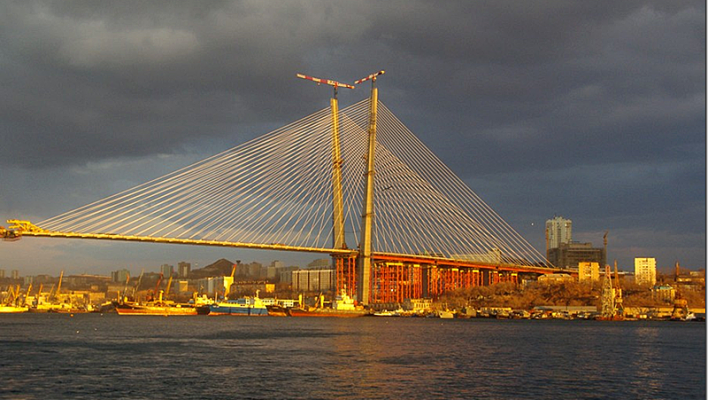 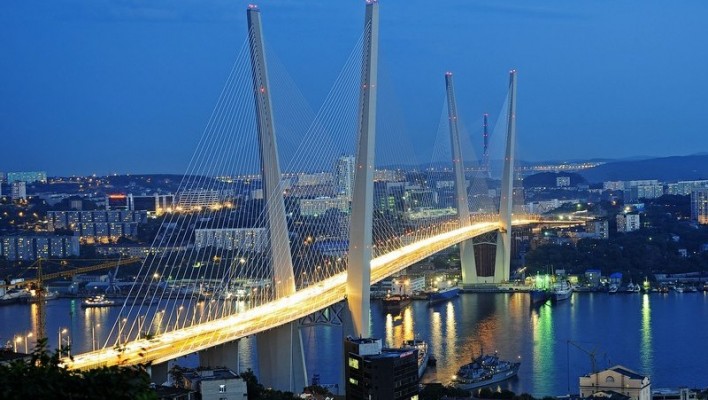 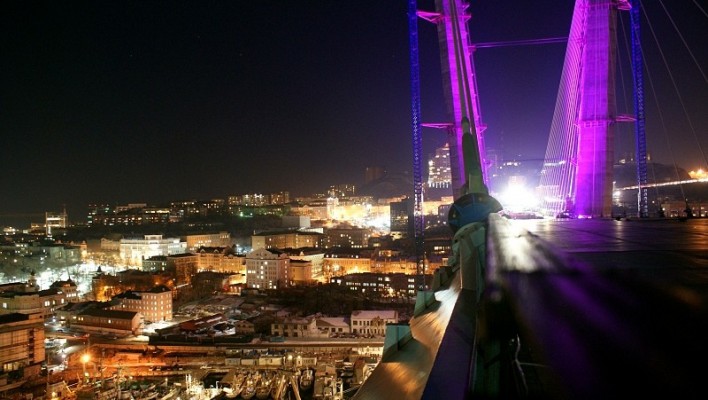 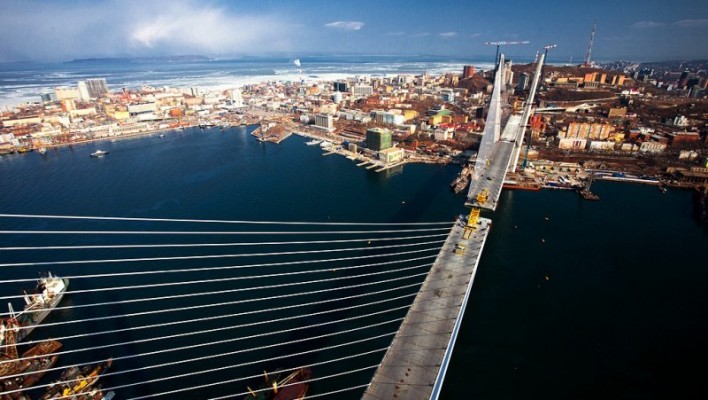 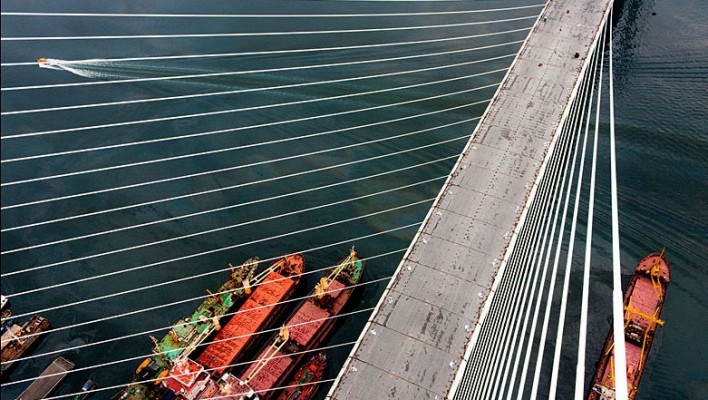 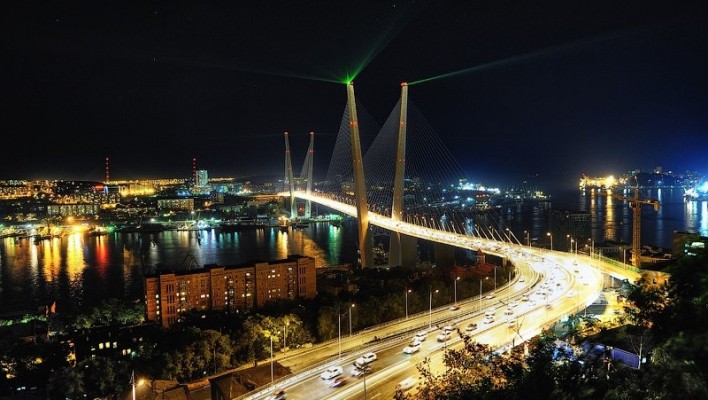 from Korabelnaya Naberezhnaya to Churkin Cape

Built within the framework of Vladivostok's preparation to hosting the APEC Summit in autumn 2012, the bridge across the Zolotoy Rog Bay has already acquired the status of renovated Primorye capital's symbol and became its true adornment. With the new cable-braced bridge - one of the five largest bridges in the world - Vladivostok acquired another attractive sight and simultaneously solved the vital problem of communication between the downtown area and city's remote parts.

The two-kilometer long cable-braced bridge will relieve numerous highways and make traveling through Vladivostok more comfortable. It consists of interchanges and a tunnel and links Primorye capital's downtown with peripheral dormitory area. Locals have already compared the bridge to an arrow that darts from the stone wall under the highland street, swiftly flies across the Zolotoy Rog Bay and reaches the Churkin Cape's shore.

In fact, the need for such bridge in Vladivostok arose a hundred years ago and was first voiced in the late 19th century. But idea's implementation was hindered by wars and revolutions that fell to the Russian Far East. The question about the bridge across the Zolotoy Rog Bay was raised again in 1959, after the then Soviet leader Nikita Khrushchev had visited Vladivostok and voiced his intention to turn it into the second San-Francisco. The bridge was included in the general plan of city's development, but was never built.

Implementation of Vladivostok residents' long-standing dream was facilitated by the Asian-Pacific Economic Forum that will take place on the Russky Island in September, 2012. Construction of the cable-braced bridge that was put on the list of summit's sites began in 2008 and lasted for four years. The unprecedented for Vladivostok project demanded serious technical equipment involving the latest machinery.

New bridge's main salt is unusual configuration of its pylons - for the first time in the history architects and constructors dared to build a bridge with diverging pylons. It amazes with its great size and ultramodern shape. The highway stream crossing is over two kilometers long, and the main leaf is 737 meters long. The bridge has six traffic lanes, highway tunnel with four traffic lanes, and footpaths.

Like any other similar facility, the Vladivostok cable-braced bridge has colorful illumination that makes it even more majestic and spectacular in the evening and at night. 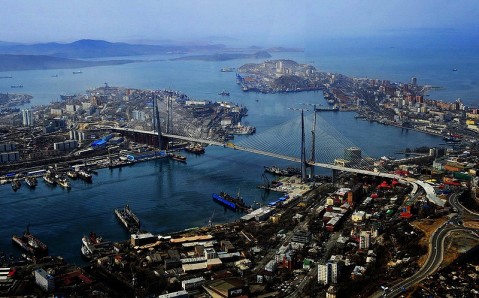 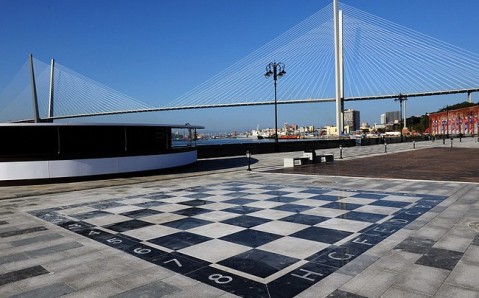