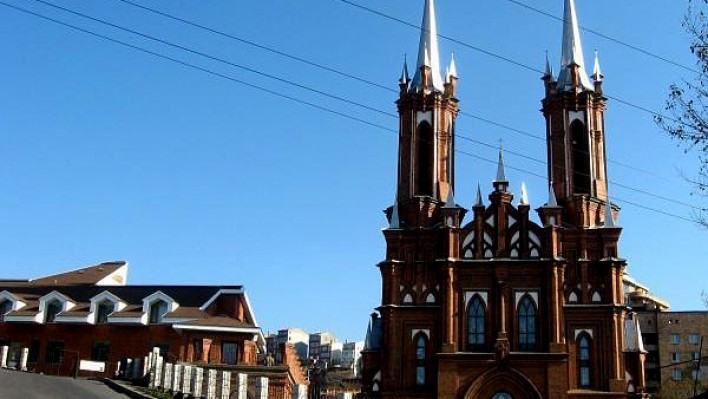 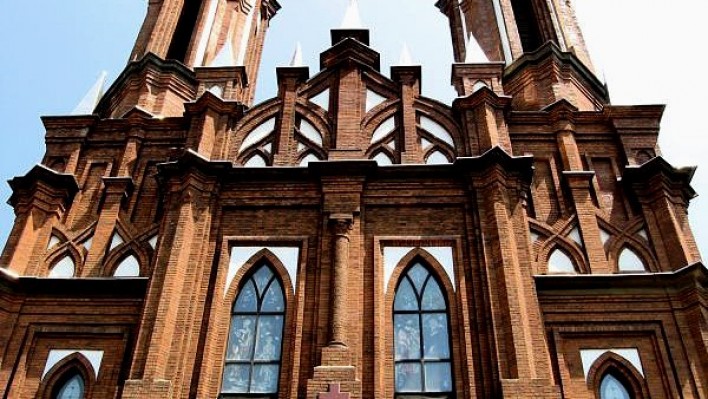 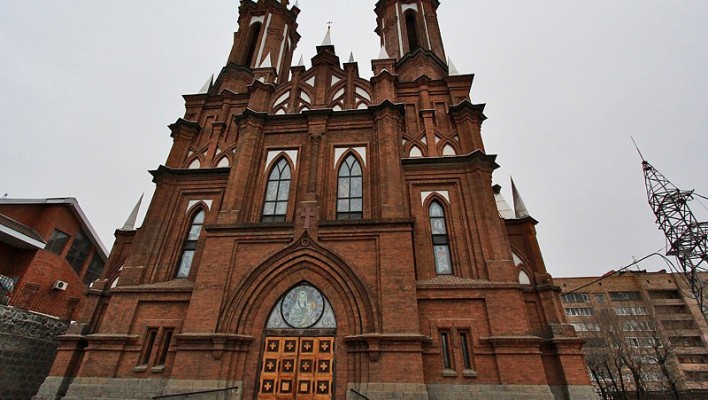 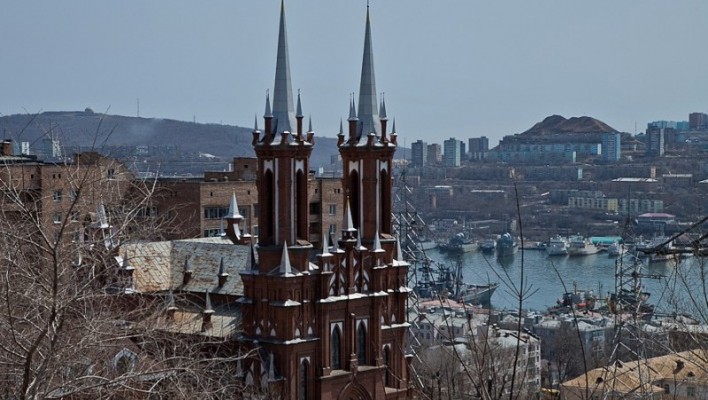 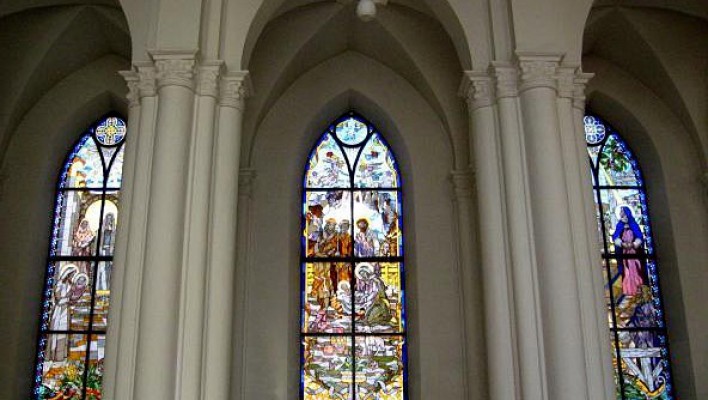 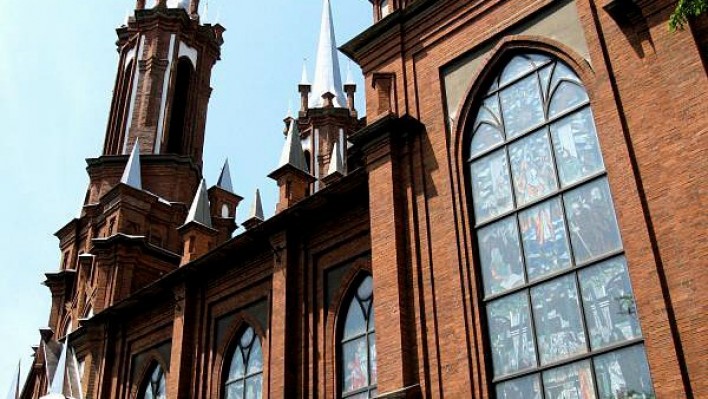 Catholic Church of the Most Holy Mother of God

The architecture of the Vladivostok's downtown amazes with variety of forms and styles that reflect the unique peculiarities of its early inhabitants' national culture. One of the most adorable - and unusual for Vladivostok - constructions is rightly considered to be the Catholic Church's building standing on the knoll near the Zolotoy Rog Bay. It bears the status of the Primorsky Krai capital's most original architectural monument for more than one hundred years already.

With mass immigration to the new town in the late 19th century, many Catholics arrived here and the need for the Catholic Church arose in Vladivostok. In 1885, a small wooden church was built. At that time, its parishioners were predominantly low ranks of various military formations and of Vladivostok Fortress's building units, along with craftsmen and merchants. In 1902, however, the wooden church was burned down. Seven years later, the construction of the stone church in East European Gothic style started and lasted until 1921.

The Catholic Church served the believers longer than other local temples - until the year 1935, when it was closed by Soviet authorities' order. The city archive was placed on its premises. At this time, the church's building underwent significant changes: inner space of the prayer hall was divided with ceilings into several floors, interior's decor - stucco work, mosaic panels, stained-glass windows - was abolished. Building's facade was damaged as well.

Temple's reconstruction started only in the early 1990s, when the catholic parish was re-opened here. As a result of the large-scale restorative works church's appearance was significantly transformed - both inside and outside. Two peaked steeples were adjoined to it, very beautiful stained glass was installed in the lancet windows, and the original interior was restored.

Somewhat later a large organ, which remains church's gem until now, was brought here. Therefore, it is worth visiting the Catholic Church of the Most Holy Mother of God not only for people interested in ancient architecture, but for organ music connoisseurs too.