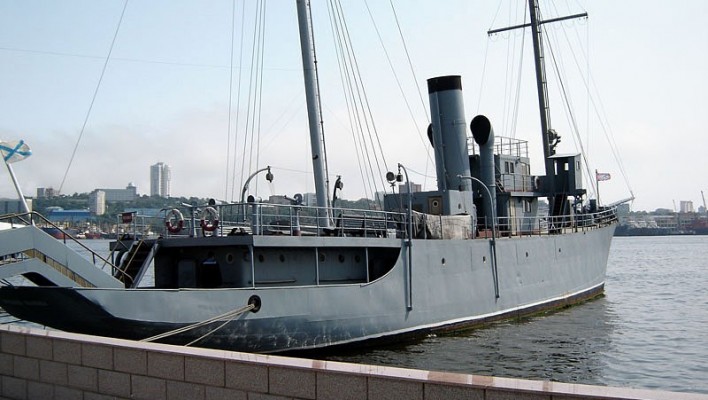 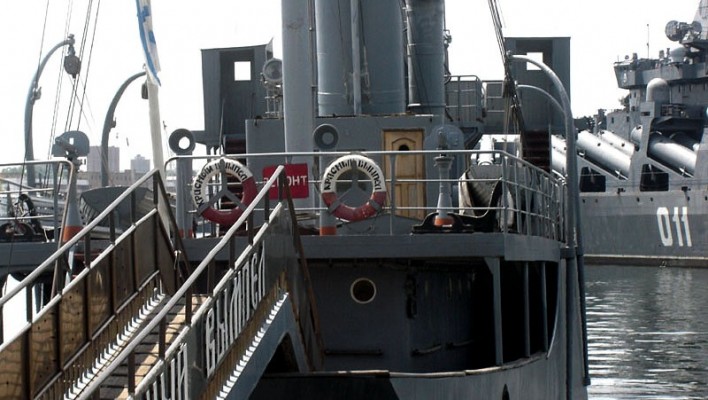 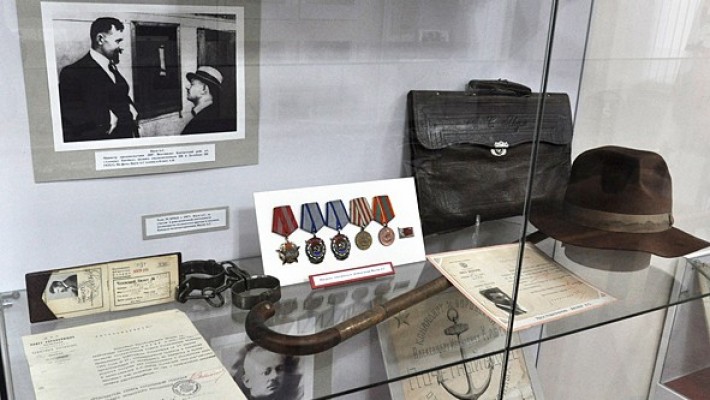 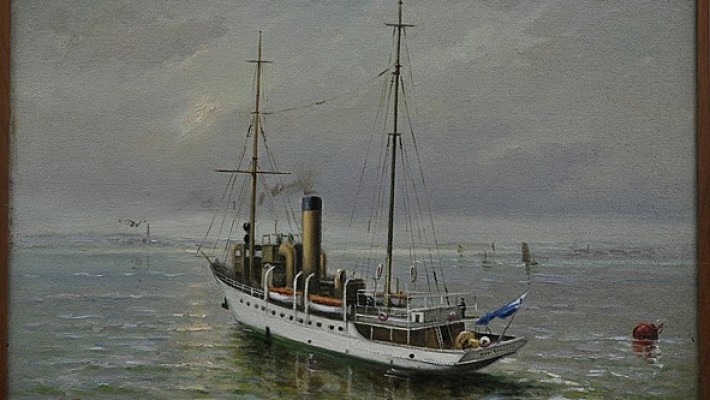 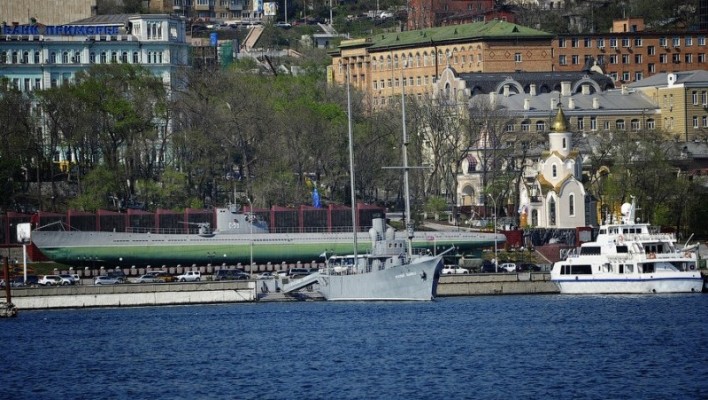 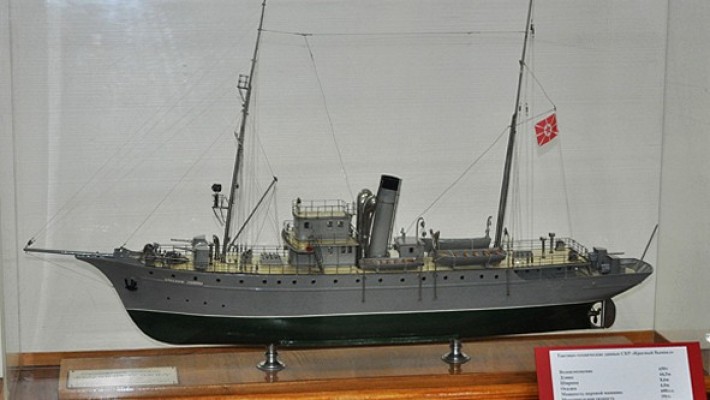 The memorial ship 'Krasny Vympel' is a small elegant vessel that rocks slightly on the waves at the quay №35 on the Korabelnaya Naberezhnaya (literally: Ships' Quay). It is one of the many unique historical attractions in Vladivostok. The Pacific 'Aurora' - it is the 'Krasny Vympel's nickname on the Far East - is one of the five museum ships, built in the pre-revolutionary times, on the modern Russia's territory. Together with Submarine S-56, situated nearby, it constitutes the memorial complex Military Glory of the Pacific Fleet, which is one of the most visited places in Vladivostok.

Ship's story began over 100 years ago - in 1910, it was launched by St. Petersburg's shipyard. Back then it was a two-masted steam-sail yacht 'Admiral Zavoyko', built upon Kamchatka governor-general's order and intended for local administration's needs. It was named after Admiral Vasily Zavoyko - the organizer and leader of the heroic defence of Petropavlovsk-Kamchatsky during English and French intervention in 1854.

A year later the yacht moved to the Far East, where it was used as messenger and passenger vessel for almost ten years. In 1917, when the October revolution started in Russia and reached Pacific coast, 'Admiral Zavoyko' was one of the first Pacific Fleet's ships that took revolutionaries' side and actively contributed to establishment of the Soviet power on the Far East. With the start of the Civil War, the yacht hid from the White Guardists in Shanghai port by fraud and remained there for almost two years.

Only in the year 1922, 'Admiral Zavoyko' returned to Vladivostok. A year later the yacht became a patrol ship, was renamed into 'Krasny Vympel' and became a part of the Far Eastern Naval Forces. At the same time four additional 75-mm cannons were installed on it and the vessel was used for Soviet Union's territorial waters' protection from poachers who outraged with impunity on the Far East.

Later the ship took part in many hydrographic research expeditions in the Far Eastern waters, and with the beginning of the Great Patriotic War, it carried out submarine cables' laying, provided for submarines' mooring on remote unequipped roads and military operations in the Pacific Ocean.

To commemorate Pacific Fleet's heroic past, in 1958, the 'Krasny Vympel' came to mooring anchor in the Zolotoy Rog Bay and was turned into memorial ship. Today the vast exposition, telling about the 100-year-old fleet veteran's history and operational record, is located here. Museum's collection includes many unique exhibits: original documents and photos, decorations and personal belongings of those who served on the ship in different periods of its glorious history, which is inseparably linked with Vladivostok's history.